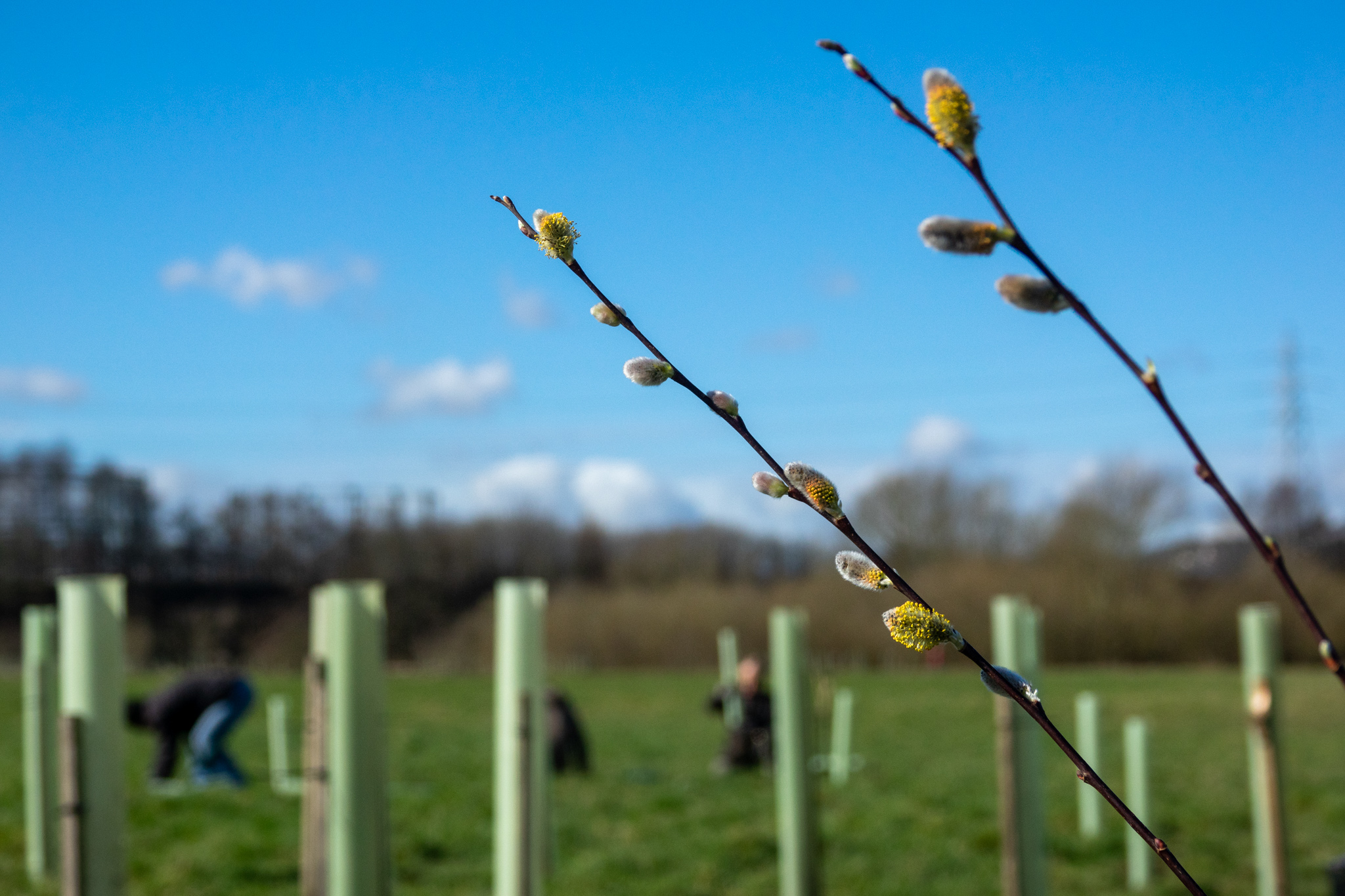 Sitting alongside the River Aire in Keighley, the land at East Riddlesden Hall has a vital role to play in mitigating flood risk for downstream communities, including big cities like Leeds. The land is a flood plain, previously used for grazing, but will be totally transformed by tree planting. Working alongside organisations including the Aire River’s Trust, the Forestry Commission and Yorkshire Water, the National Trust’s rangers and volunteers have now begun the task of creating approximately 3.8 hectares of new woodland on site.

With funding from the Environment Agency and Wilmott Dixon, the first of around 4,000 trees have already been planted on site this spring. These trees are a mix of broadleaf species which will eventually help create ‘wet woodland’, a threatened habitat in the UK. Species include oak, willow, birch, alder, blackthorn and hawthorn.

Across England and Wales, the National Trust has pledged to establish a million trees by 2030. The trees at East Riddlesden Hall will also form part of the White Rose Forest, the community forest for North and West Yorkshire.

As well as the trees, the National Trust team will install ponds and scrapes to help store water during times of heavy rainfall. As the trees grow, their roots will hold increasingly more water, helping to reduce silt and run-off into the river.

As well as flood mitigating and carbon capture, the new woodland is also vital for increasing biodiversity. The mix of species will allow ground flora to flourish, as well as encouraging insects and mammals to the area.

With paths and avenues between the trees, the woodland will also be an important draw for visitors. It will form part of a new ‘tree trail’, guiding visitors around the older trees, blossom trees and new woodland at East Riddlesden Hall. Every spring, the National Trust celebrates blossom across the country, and the blackthorn and hawthorn trees in the new woodland will be part of this.

The first 1,000 trees have been planted by local community groups, including schools and volunteers, as well as corporate groups. With further planting planned for autumn this year, there’ll be more opportunities for the public and visitors to get involved.

The National Trust hopes to hold ‘drop-in’ sessions, to allow anyone to have a go at getting a new sapling into the ground. Volunteers won’t just be capturing carbon, reducing flood risk and benefiting nature, they’ll also be planting a local legacy.

To find out more about East Riddlesden Hall visit: https://www.nationaltrust.org.uk/east-riddlesden-hall