Home » Latest » 62.5 thousand trees planted in Leeds with support from an army of volunteers 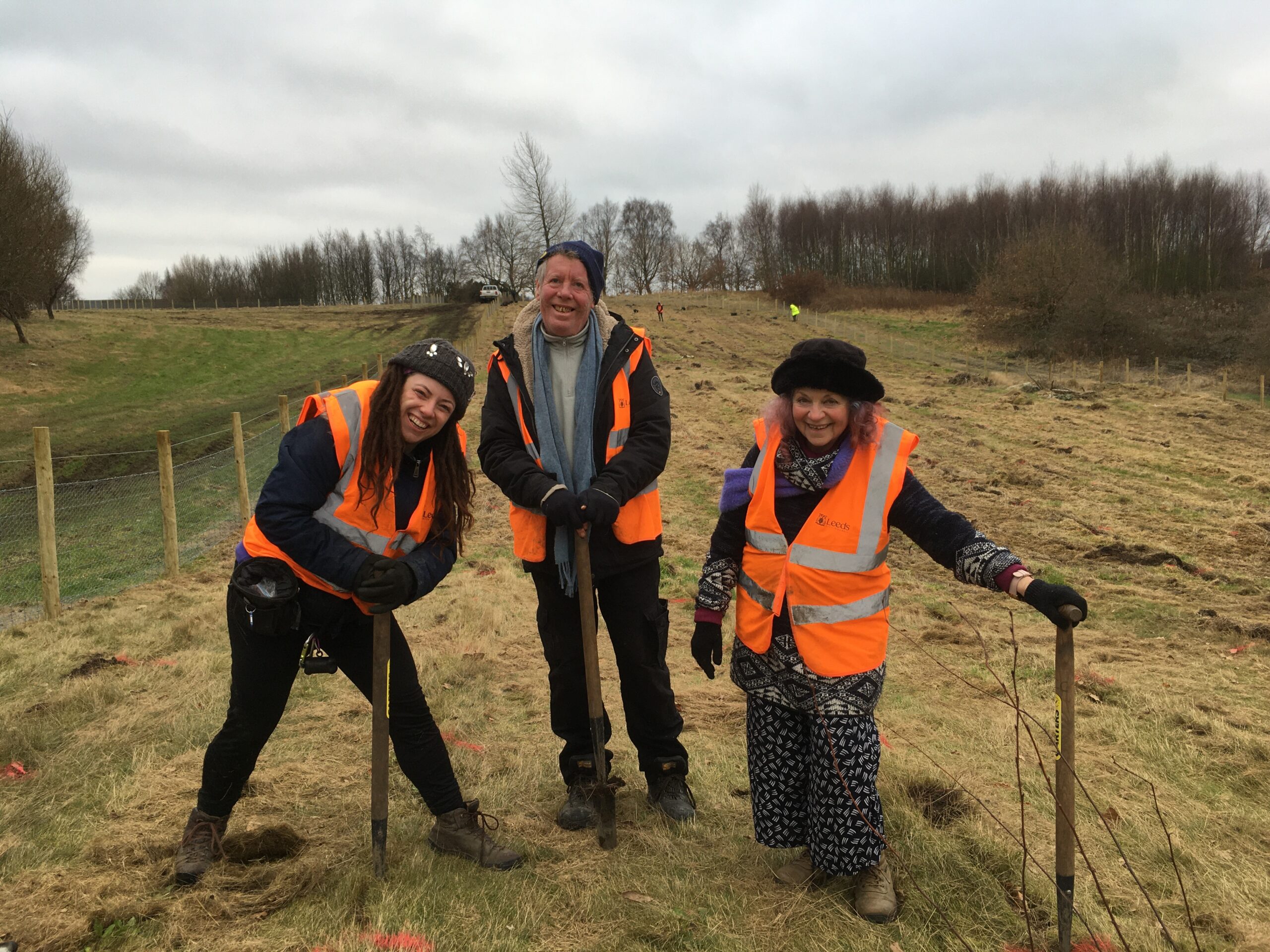 62.5 thousand trees planted in Leeds with support from an army of volunteers

15.89 hectares of new woodland (over 62.5 thousand trees) was planted across a network of five sites in South Leeds, between the areas of Middleton and Morley, during the 2021-22 planting season.

The five sites, from north to south are:

The combined total area of all sites is 50.93 hectares, with existing tree canopy equating to approximately 17 hectares. This project will extend total tree cover across all sites to 33.35 ha, along with over 1 km of new hedgerow and 18 hectares of open space, including meadows, wetland, access paths and a proposed new car parking area for visitors.

Tree planting varies across the sites and includes mixed broadleaved woodland, wet woodland, woody shrubs, an orchard, parkland planting with specimen trees, along with over 1km of new hedgerow. Where natural regeneration is already occurring, some areas have been fenced and will be supplemented with trees grown from locally sourced seed stock, collected by the local community, and grown at Leeds City Council nursery, The Arium. A maximum of 25% of the area within natural regeneration compartments will be supplemented with planting.

Grassland varies between acidic and neutral and will be managed to increase biodiversity. Former sand bunkers from the golf course will be retained as these provide space for invertebrates such as mining bees. New footpaths (formal and informal) will be created and viewpoints have been identified and will be enhanced with interpretation and seating.

Extensive consultation took place regarding this project, particularly with local residents, counsellors and businesses regarding the former golf course and the creation of The People’s Woodland (a memorial woodland intended for quiet contemplation and reflection). This project generated a positive response with highest priority given to woodland planting, wetland creation, re-wilding and seating.

Each of these sites has unique characteristics that had to be considered when planning planting. Sissons Wood is recognised as an ancient woodland site, while some of West Wood is designated as a Local Wildlife Site. Over time West Wood had suffered from considerable deforestation and historically covered a much larger area incorporating some of South Leeds Golf Course and Padstow Gardens. West Wood extension is a former landfill site and Padstow Gardens was formerly farmland and then amenity grassland for a housing estate built in the 1970s.

The projects have been funded through the England’s Community Forests Trees for Climate programme, part of Defra’s Nature for Climate fund, as well as Trees for Cities and Leeds City Council, with further support from the White Rose Forest, the Forestry Commission and West Yorkshire Joint Services (Archaeology and Ecology).

The project will link together existing fragments of ancient woodland at Sissons Wood and West Wood and strengthen the existing green infrastructure corridor by providing a direct link to Middleton Park Woods, plus established new woodlands on reclaimed land at Middleton Broom. The varying ages of existing trees and scrub, along with the different styles of tree planting, shrubs, natural regeneration and enhanced grasslands will result in a habitat mosaic that supports a wide range of wildlife.

Mitigate the effects of climate change:

Wide rides and open areas, along with wonderful views across the District will make it an interesting space for people to visit and improve the health and wellbeing of those who live nearby.

The area around Sissons Farm has been identified by the Environment Agency as contributing to flooding further downstream. Creation of wet woodland, as well as a series of bunds and swales, will reduce this by slowing the flow of surface water run-off.

For further information about woodland creation in Leeds visit: https://www.leeds.gov.uk/parks-and-countryside/woodland-creation