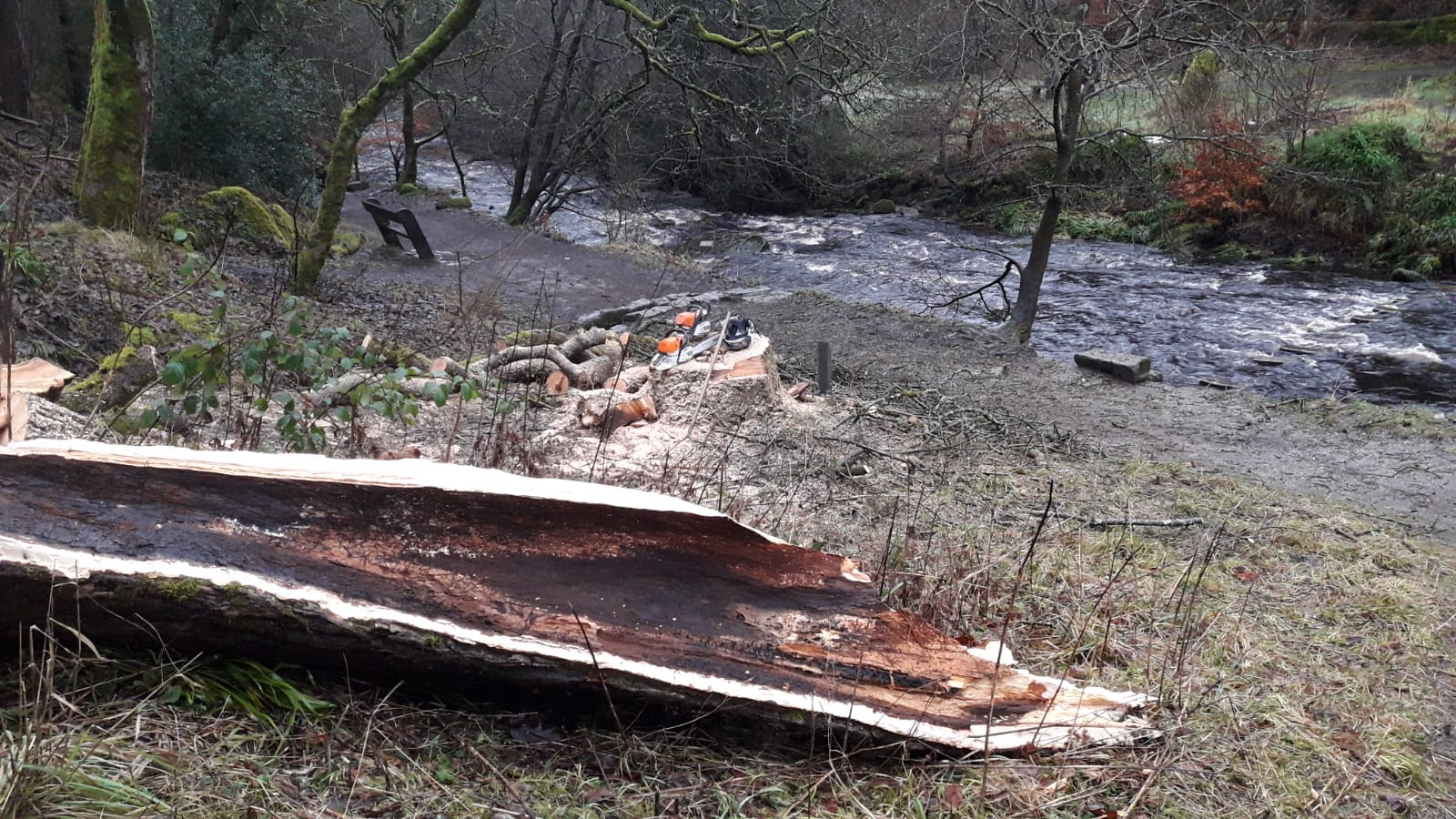 As part of our annual tree inspections at Hardcastle Crags in West Yorkshire, National Trust rangers are always on the lookout for signs of tree disease. Unfortunately, an assessment of the ash trees in the woodlands in 2019/20 revealed that nearly all of them had some form of ash dieback. In January 2021, an ash tree near Gibson Mill was removed, revealing significant damage to the heartwood of the tree which had left the main trunk completely hollow.

Ash dieback, or chalara, is present in most parts of the UK. It’s caused by a fungus which originated in Asia. The disease is more likely to affect younger trees causing lesions on young shoots which lead to infection of the tree, although unfortunately at Hardcastle Crags, some of our older trees are now also having to be removed because of threat they now pose to public safety due to instability caused by the disease.

The loss of ash trees is a huge blow for our woodlands. The trees contribute to biodiversity, and the ash tree’s ‘airy’ canopy cover means lots of light can reach the woodland floor. This is vital for encouraging the shrub layer in our woodlands to grow; an important habitat for wildlife and key in slowing the flow of water across our land.

In total, around 70 ash trees will be removed where they pose a risk to the public because they’re near paths and access routes. Smaller trees will be removed by National Trust rangers in house, and larger trees will be felled in sections by an approved contractor. Timber from ash trees becomes brittle and friable as a result of the disease and therefore cannot be used for creating leaky dams. Most of the wood will stay on site to be used to heat Gibson Mill; the National Trust’s first off grid building.

As part of the National Trust’s ten year woodland management plan at Hardcastle Crags, 4,000 new trees will be planted as part of the White Rose Forest. These trees include rowan, oak, blackthorn and hawthorn. Although these new trees won’t immediately replace the mature ash trees which have been lost, they are important native species which thrive in the harsh Calderdale climate. As well as helping us fight climate change by capturing carbon, these trees will provide a vital habitat for nature and help us improve the woodland’s resilience to future disease.